What's Shenmue was a special premier disc in Japan given to those who pre-ordered Shenmue, additionally another edition of the disc was given away in Famitsu, a Japanese gaming magazine. The only difference between the two is that the Famitsu version has an orange cover, as apposed to a blue cover.
Japanese Cover 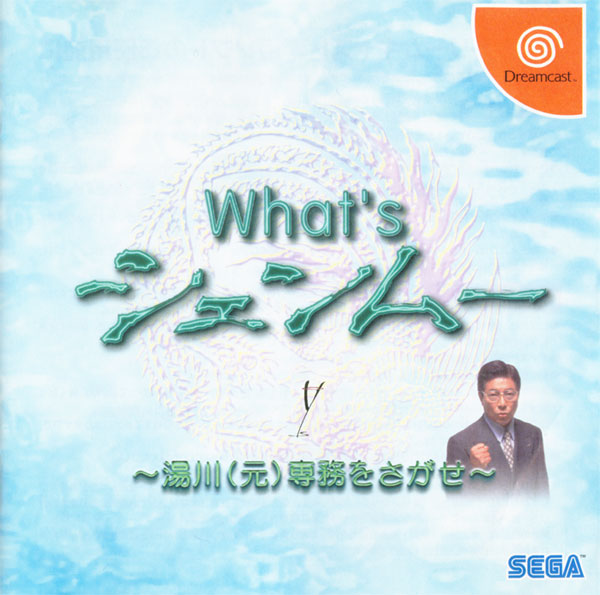 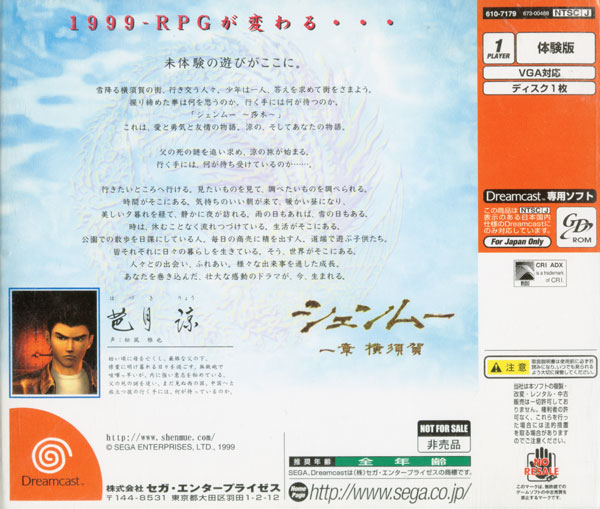 Due to a delay in releasing Shenmue in Japan, anyone who pre-ordered it was given this on the date it was intended to be released on. The game itself works like a demo of Shenmue, featuring Dobuita, although not all of it is accessible. You play as Ryo much like you would in the full game, only instead of searching for clues on his father’s murder, Ryo is actually looking for Mr Yukawa. He is famous amongst Japanese SEGA fans as he used to appear in alot of commercials and was once the “senmu”, Senior Executive Officer at SEGA Japan. As well as this small mission, the disc also includes 4 of the movies included on the Passport disc of the original Shenmue that explain aspects of Shenmue. Included on this disc are the explanations from Ryo, Shenhua, Xiuying and Mark.